FERROVIAL'S CORPORATE GOVERNANCE SEEKS TO GUARANTEE INTEGRITY, WHICH IS CONSTRUED AS DILIGENT, TRANSPARENT AND RESPONSIBLE CONDUCT VIS-À-VIS SHAREHOLDERS, EMPLOYEES, CLIENTS AND THE DIFFERENT AGENTS AFFECTED BY THE COMPANY'S ACTIVITIES. INTEGRITY IS KEY TO ENSURING PROFITABLE BUSINESS AND LONG-TERM SUSTAINABILITY IN LINE WITH THE COMPANY'S STRATEGY WHILE STRENGTHENING THE TRUST THAT SHAREHOLDERS AND THE DIFFERENT STAKEHOLDERS HAVE IN THE COMPANY

In compliance with commercial law, the Annual Corporate Governance Report (ACGR) forms part of this management report, and was drawn up by the Board of Directors and has been filed with the Spanish Securities Commission (CNMV). The ACGR details all corporate governance aspects at Ferrovial and is available at www.ferrovial.com.

As indicated in the ACGR, Ferrovial complies, in whole or in part, with the majority (56 of the 59 that are applicable) of the recommendations that apply to the Code of good governance of listed companies. In this sense, the company regularly analyzes the best practices and regulations of good governance in the national and international scope to assess their application and incorporation to its internal regulations. 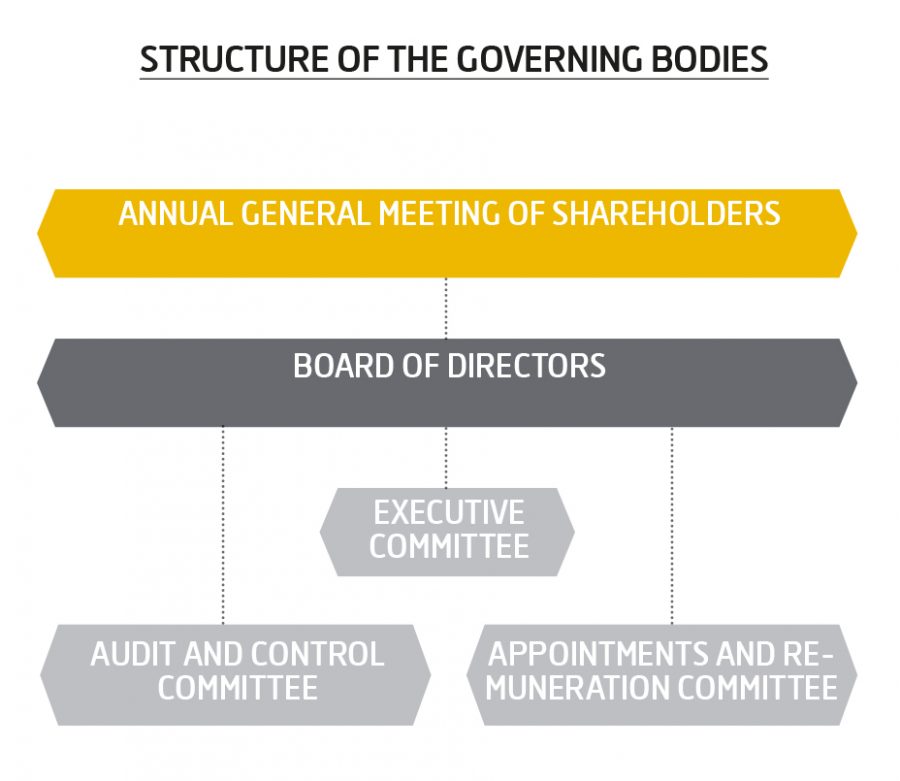 The Board performs its duties with unity of purpose and independent judgment. It treats all shareholders in the same position equally, and works in the social interest, with the same understood to mean securing a profitable business that is sustainable in the long term, supporting its continuity and seeking optimal economic value for the company.

It consists of 12 members, facilitating an efficient and participative operation. Re-elections take place every three years, compared to the maximum of four prescribed by the company regulations. This enables shareholders to validate their management more frequently.

In 2017, the Board held a total of six sessions, with an average duration of 6 hours and 50 minutes per meeting and 100% attendance.

This Committee has all delegated powers of the Board of Directors, except for powers that cannot be delegated for legal or statutory reasons. The committee comprises seven members. In addition to other duties, it monitors the performance of key business indicators and approves certain group operations.

It comprises three Non-Executive Directors, the majority of whom are independent, including the Chairman. All of them were appointed in consideration of their knowledge and experience in accounting, auditing or risk management.

The main duties, other than those attributed by law, are described below, representing the adoption of recommendations from the Good Governance Code for Listed Companies:

The activities that the Committee carried out during the five sessions held in 2017 are detailed in the report regarding its operation, published on the Ferrovial website. The Audit and Control Committee takes into account the recommendations of the CNMV Technical Guide on Audit Committees for Public-Interest Entities in its activity and operation.

The Committee comprises three Non-Executive Directors, the majority of whom are independent, including the Chairman.

The main duties, other than those attributed by law, are described below, representing the adoption of recommendations from the Good Governance Code for Listed Companies:

The activities that the Committee carried out during the four sessions held in 2017 are detailed in the report regarding its operation, published on the Ferrovial website.

In 2017, the Annual General Meeting of Shareholders appointed Hanne Birgitte Breinbjerg Sørensen as Independent Director. This appointment reinforces the presence of Independent Directors, as well as the diversity of the gender, backgrounds and knowledge of the Board members, in compliance with the conclusions set forth in the Appointments and Remuneration Committee report on the needs of the Board’s composition. 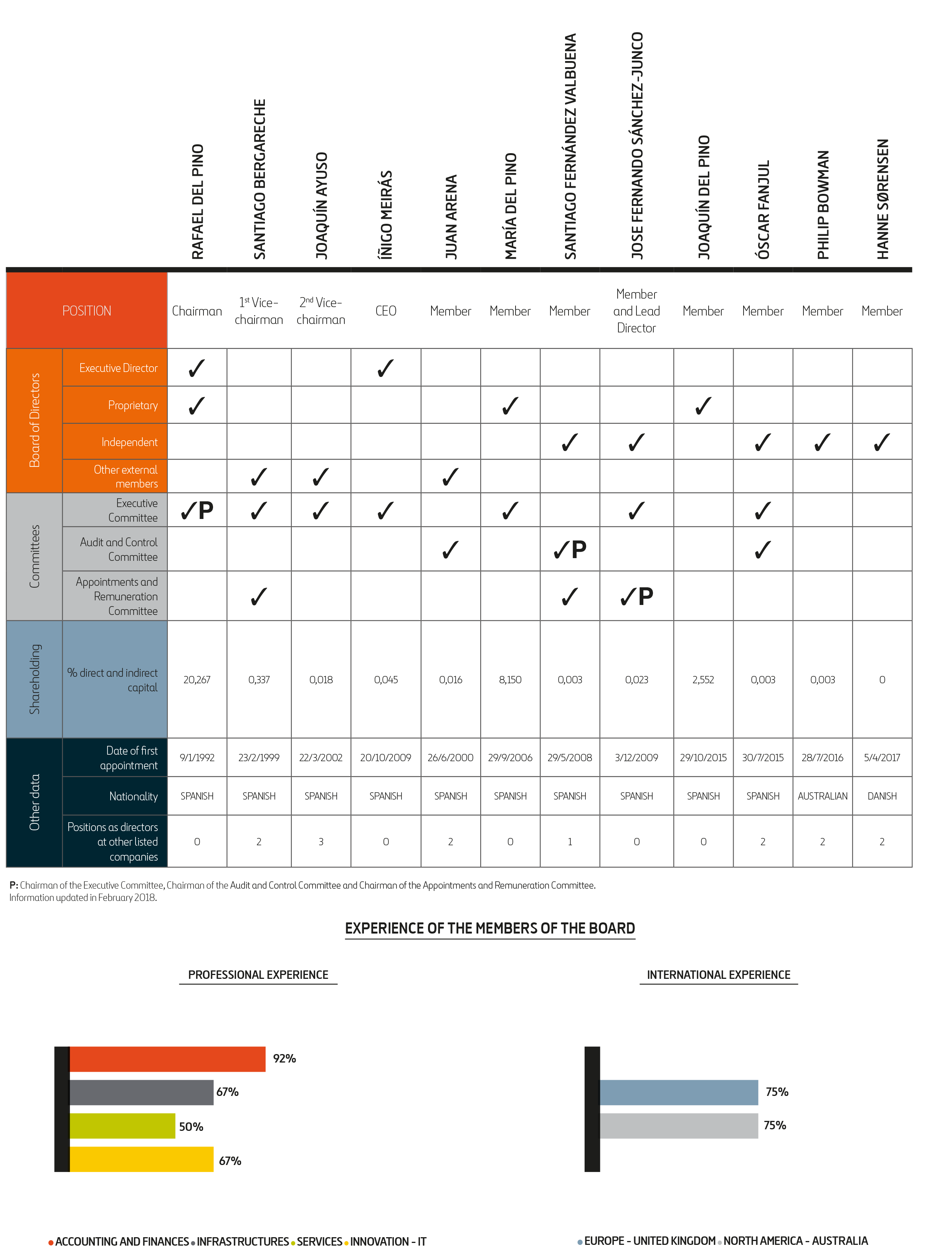