REMUNERATION OF FERROVIAL'S BOARD OF DIRECTORS IS ESTABLISHED ON THE BASIS OF THE BEST PRACTICES IN THE MARKETPLACE AND BACKED BY STUDIES ON REMUNERATION CONDUCTED BY EXTERNAL CONSULTANTS, INTERNAL RULES AND REGULATIONS, AND PERTINENT LEGISLATION IN FORCE. 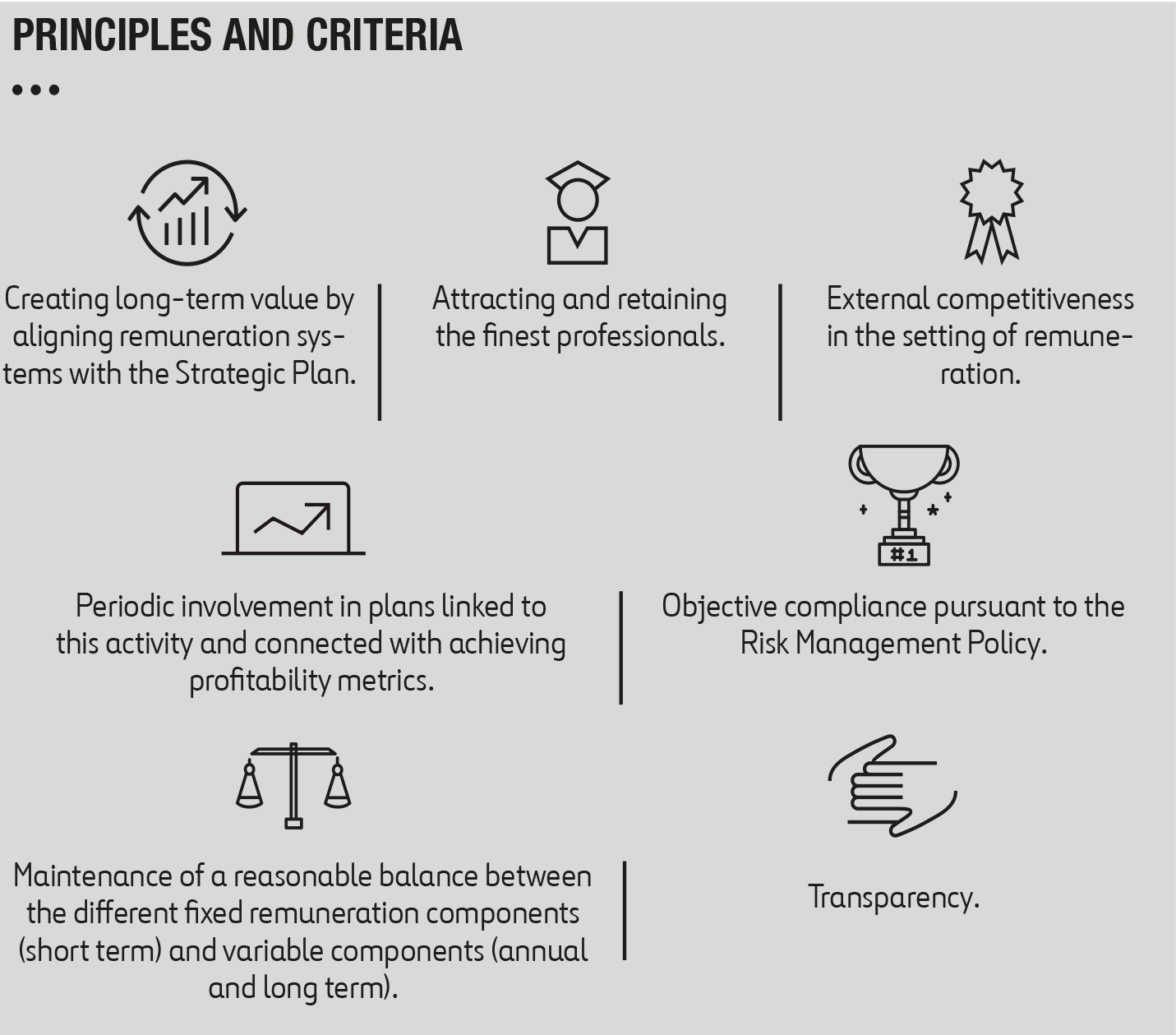 The fixed remuneration of the Executive Directors is calculated on the basis of market benchmarks from a comparison group comprising 24 national and international companies in their reference benchmarks.

Only Executive Directors have variable component elements in their remuneration. It comprises an Annual Variable Remuneration and Long-Term Incentive Plans.

It is linked to individual performance and the attainment of specific economic-financial, industrial and operational targets, which are pre-established, quantifiable and coherent with the social interest, and contemplated in the Strategic Plans. They could be quantitative or qualitative objectives.

(1)Remuneration due to their status as Excecutive Directors.(2) Life insurance premiums / Directors in other subsidiaries. 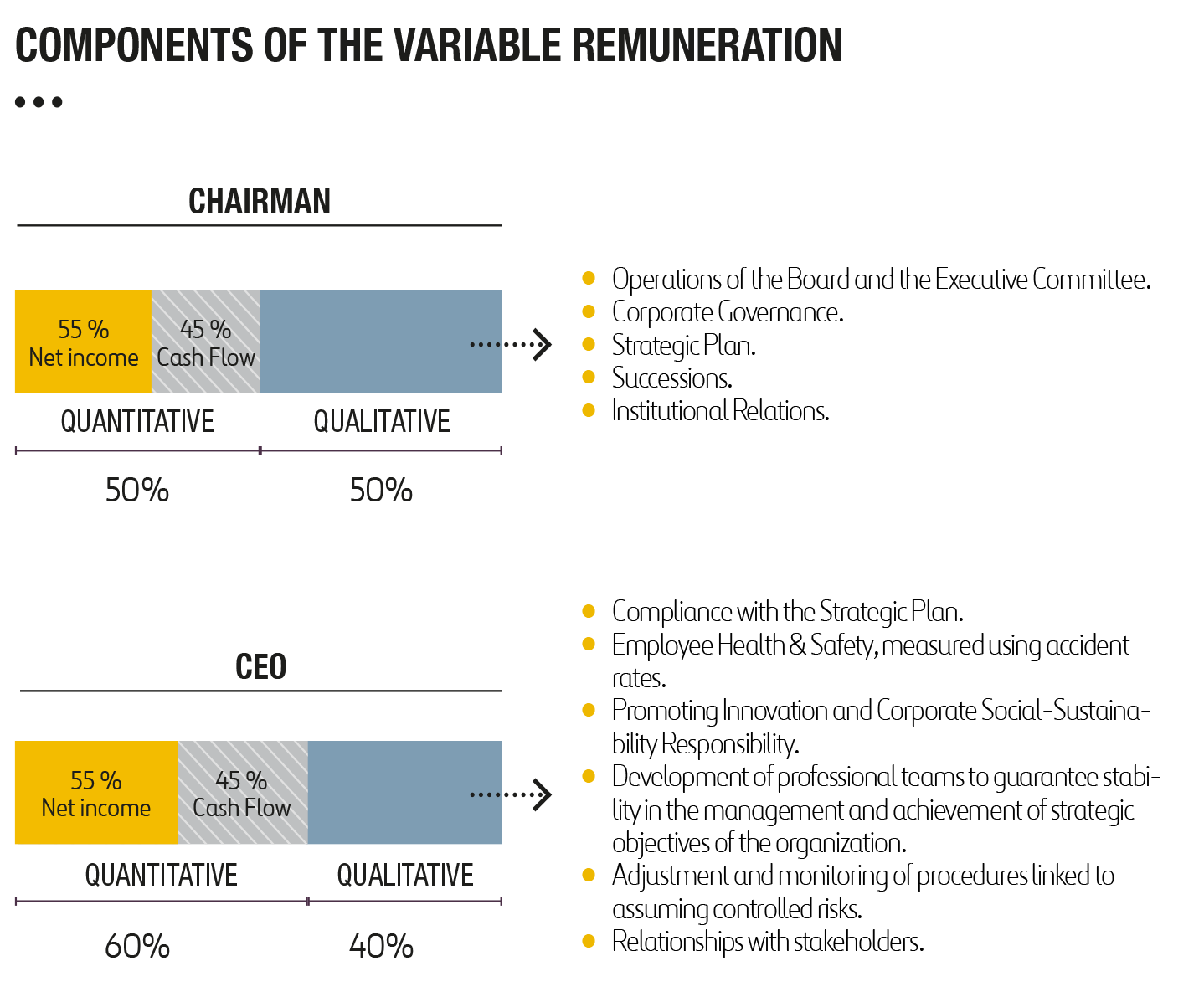 Executive Directors participate in a long-term variable remuneration system consisting of share-based remuneration plans. They are structured on overlapping multi-year cycles (currently at 3 years) with yearly unit assignments, which are converted into shares at the end of the cycle (currently 3 years).

For the valid plan (2016 – 2018), they are determined with the relative weighting of the following metrics:

(1) The consolidated GOP will be construed as the gross operating result before depreciation, adding the GOP from the companies incorporated based on the equity method in the consolidated financial statements in the percentage of stake that the company holds in them.

(2) Net Productive Assets. These will be construed for the total amount of the assets in the consolidated balance of the company excluding assets allocatable to projects in an unpaid construction phase. The value corresponding to the proportional part of the net productive assets from the companies integrated by the equity method will then be added to this result, with the exception in any case of the part corresponding to the revaluations of companies stemming from divestment processes with loss of control.

The remuneration of non-executive directors is determined by an assignment (fixed plus complementary) and food allowances.

Ferrovial’s internal regulations states that remuneration for External Directors will be determined so as to adequately compensate for the responsibility and dedication required by the position without compromising their independence.

Remuneration formulas involving the delivery of shares, options, share-linked instruments or instruments linked to the Company’s performance will only apply to Executive Directors.

Further information on the remuneration of the Board of Directors and Senior Management, and on the Remuneration Policy is available at the Ferrovial website: www.ferrovial.com.