IN ITS COMMITMENT TO THE SUSTAINABLE DEVELOPMENT GOALS (SDG), FERROVIAL ACTIVELY PARTICIPATES IN THE COMMUNITY THROUGH THE DEVELOPMENT AND EXECUTION OF SOCIAL PROGRAMS TO SIGNIFICANTLY IMPROVE PEOPLE'S LIVES. THE COMPANY HAS A KEY ROLE IN THE SOCIAL AND ECONOMIC DEVELOPMENT OF THE COUNTRIES WHERE IT CARRIES OUT ACTIVITIES.

The company develops different investment programs in the community aimed at groups of people at risk of exclusion, both in its main markets and in developing countries.

INVESTMENT IN THE COMMUNITY

Ferrovial supports the refurbishment of shops set up for distributing food to underprivileged groups within the Social Action in Spain program. In 2017, the company, together with the Spanish Federation of Food Banks, supported the refurbishment of nine centers located in Palencia, Murcia, Orense, Cáceres, Algeciras, Huelva, Granada, Madrid and Barcelona.

It also has the Juntos Sumamos program, in which employees decide to contribute to social projects, which is doubled by the company. In 2017, three projects chosen by the donor employees were executed: start-up of a Day Center for Children’s Villages in Málaga, rehabilitation of a medical clinic in Haiti with Manos Unidas and caring for leprosy patients in India with the Fontilles Association.

Ferrovial also supports the activities of the Integra Foundation with a view to contributing to integrating people at risk of social exclusion. Since 2002, Ferrovial has helped find work for over 500 people. Ferrovial Services has signed 32 collaboration agreements with special employment centers. It also launched the “Escuela de Oficios” trade school for helping improve the prospects of employment for people at risk of social exclusion or with disabilities. It also partners with the Èxit Foundation’s “Coach”, a corporate volunteering initiative aimed at vulnerable young adults providing orientation and motivation.

Regarding the integration of people with disabilities, Ferrovial and the Adecco Foundation work together through the Plan Familia to help family members of disabled persons. Cadagua, in turn, participates in the Unidos Project, pioneer in academic and employment orientation for university students with disabilities.

In its endeavor to support culture, the company sponsors the Guggenheim Museum, the Liceu theater in Barcelona and the Teatro Real in Madrid. It also works with different local governments to promote concerts, exhibitions and competitions.

In the US, Ferrovial sponsors several educational projects such as “After School Matters”, “Black Creativity Gala” and “Illinois Military Families Fund”, in Chicago; and “National Math and Science Initiative” in Texas, to help young people further their studies in science, technology, math and engineering. Toll road I-77 supports the Discovery Science Museum in Charlotte, North Carolina. Discovery Place is an NGO focused on the exploration of nature through exhibitions and educational programs for all ages.

The 407 ETR and its employees are committed to local communities through various social initiatives in the following areas:

Amey and the Duke of Edinburgh Foundation (DofE) have an agreement to improve the opportunities and employment prospects of thousands of young adults at risk of exclusion for the last 13 years. The program is being run in Staffordshire, Birmingham, Liverpool, Sheffield and Wales.

Heathrow Community Fund is a Heathrow Airport program that supports projects that improve the quality of life of the communities near the airport in matters such as the employability of young people, the environment, community activities and staff volunteering. Heathrow also works with another charitable organization known as the Hillingdon Community Trust, which offers grants for community projects.

Budimex work with Strefa Rodzica, aimed at creating separate areas in the pediatric wards of hospitals, where parents can accompany their sick children. Another initiative is Domofon ICE, which equips students with identifiers for risky situations. Children receive a card in the shape of a cell phone with a reflective bag that can be easily attached to a backpack. 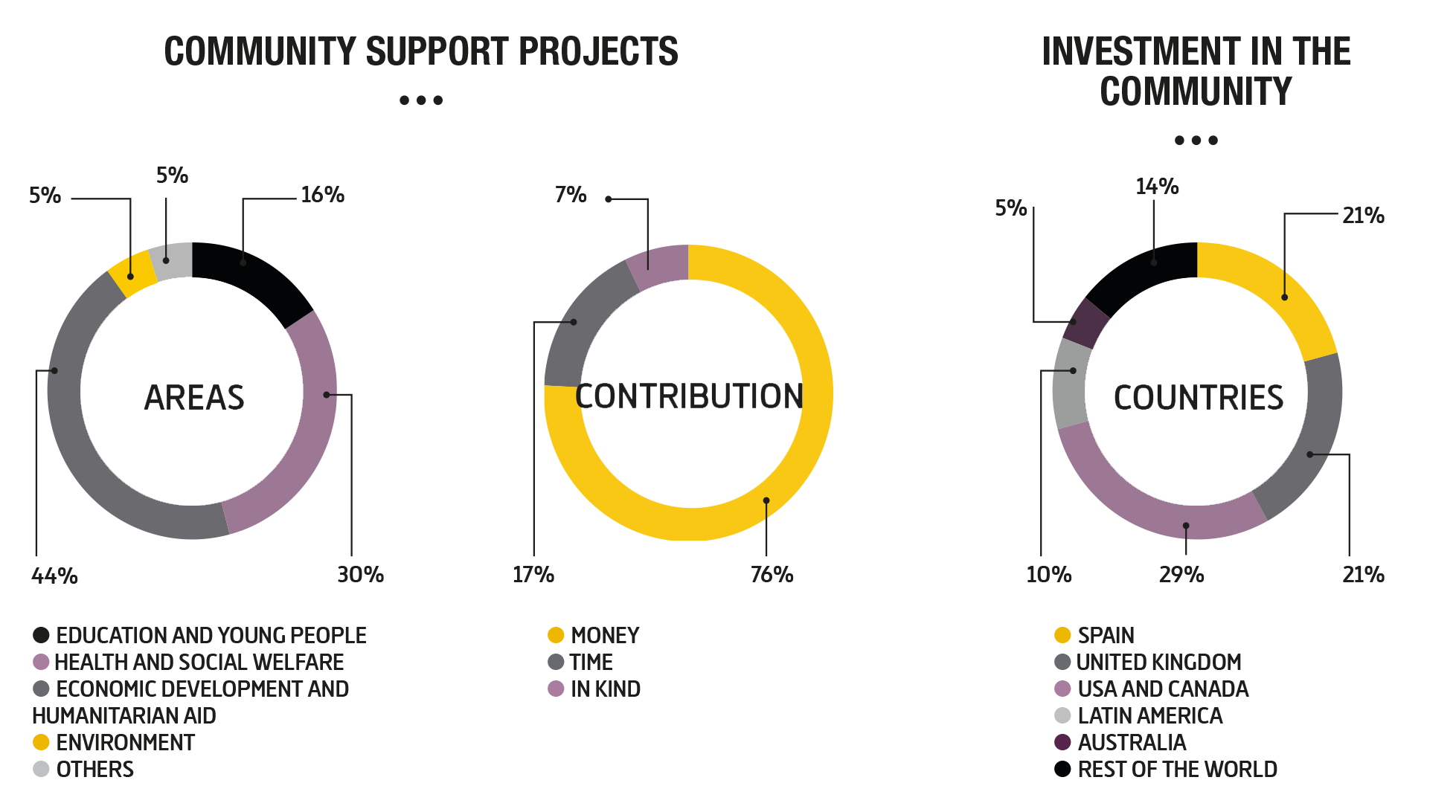 Broadspectrum is committed to reducing inequality among indigenous people in Australia. The company promotes a socially inclusive business that recognizes local customs, the needs of indigenous peoples and their communities, as well as the preservation of their culture and customs. The program is part of the Reconciliation Action Plan government initiative, which aims to fully integrate Aborigines into Australian society.

Since 2011, Ferrovial has had a program to cooperate in the development of Social Infrastructures, which facilitates access to water in Africa and Latin America. Ferrovial, together with NGOs and Local Authorities, develops water and sanitation infrastructures. Company employees in turn participate as volunteers, contributing with their knowledge in the country where the intervention is being carried out. In 2017, the company carried out four projects benefiting 20,836 people, with an overall investment of 500,000€:

The New Agenda for Sustainable Development (2015-2030) sets forth the humanity targets for the next 15 years, incorporating the private sector as one of the main protagonists. The UN’s Sustainable Development Goals (SDG) Fund created a Private Sector Advisory Group, in which Ferrovial and another 12 companies from around the world renewed their presence. Its role is to provide the experience of the private sector to articulate an effective collaboration with the public, to achieve the ambitious targets designed in the agenda. Ferrovial highlights its commitment to SDG 6 (Clean water and sanitation), SDG 9 (Industry, innovation and infrastructure) and SDG 11 (Sustainable cities and communities).

In addition, Ferrovial participates with Save the Children in a water and sanitation program for the El Tambo and Bolívar schools in El Cauca (Colombia), within a United Nations project. In the photo, schoolchildren from El Cauca. 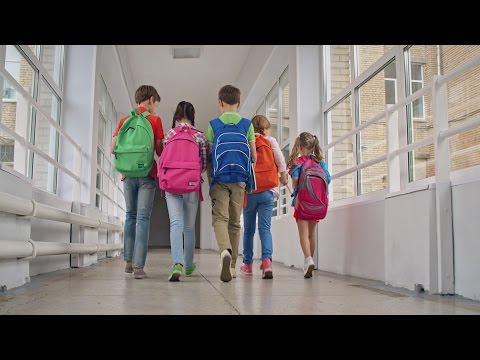