THE PRINCIPLES EMANATED FROM THE GLOBAL COMPACT OF THE UNITED NATIONS SUPPORT FERROVIAL'S HUMAN RIGHTS ACTIONS, BEING RESPECTED THROUGHOUT THE ORGANIZATION AND THROUGHOUT ITS SUPPLY CHAIN.

The Ferrovial Human Rights Policy, approved in 2014, is aligned with the Code of Business Ethics, the principles of the Global Compact, the Guiding Principles of Business and Human Rights of the United Nations, the Universal Declaration of Human Rights, the OECD Guidelines for Multinational Enterprises and the Declaration on Multinational Enterprises of the International Labor Organization (ILO). The company’s commitment extends to all its employees, clients, suppliers and contractors with whom it works through a procedure that is focused on respecting, supporting, promoting and guaranteeing Human Rights and rejecting any type of discrimination.

With the aim of identifying, preventing, mitigating and responding to the risks associated with Human Rights, Ferrovial carries out a due diligence process in its main activities. It is supported by the risk identification and assessment process called Ferrovial Risk Management.

The social and environmental impact on communities affected by infrastructure projects in sensitive contexts is analyzed. First, an initial diagnostic analysis is carried out on social issues, and then contingency plans are designed proposing measures to mitigate and/or offset the impact.

In 2017, the company’s Ethical Channel incorporated Human Rights as a specific item, to better identify this matter, facilitating the communication of incidents and irregularities in relation to their provisions. By means of monitoring, Ferrovial aims to ensure compliance and respect for Human Rights across the whole value chain in all the countries where it operates.

In 2015, the company updated the Procedure for the Prevention of Employment and Sexual Harassment, whilst promoting its 2nd Ferrovial Equality Plan, whose goal is based on guaranteeing the principle of equality of treatment and opportunity between men and women. Since 2013, Ferrovial has adhered to the Companies for a Society Free of Gender Violence project promoted by the Ministry of Health, Social Services and Equality to raise awareness in society of equality between men and women and respect for fundamental rights.

On October 31, 2017 Broadspectrum completed its contracts for the provision of maintenance, social care and security services to asylum seekers and refugees in the Regional Processing Centers of Manus and Nauru. As a result, Ferrovial kept its word, when in May 2016 it acquired the aforementioned Australian company, at which time it announced its decision to not apply for renewal.

All the acquisitions that Ferrovial has made to date, and those that it will make in the future, have been and will be framed in a comprehensive analysis process that guarantees that they are in line with the corporate policies of Human Rights, Corporate Responsibility and the Code of Business Ethics.

The Modern Slavery Act of 2015 is a law from the UK Parliament designed to deal with slavery in the UK and consolidate crimes related to human trafficking and slavery.
Within the framework of this law, Ferrovial Agroman UK, Amey, AGS and Heathrow Airport have commitments that guarantee the prevention of acts related to slavery in all its forms and the trafficking of people, both in their own activities and in their supply chain.

Ferrovial promotes respect for Human Rights and fosters a respectful and dignified work environment for all people. The Code of Ethics course has been completed by 2,085 employees, accumulating a total of 11,956 hours since 2010.

Ferrovial has a firm commitment to the effective equality of opportunities, as set out in its Strategic Diversity Plan. Within the framework of this initiative is the Inclusive Leadership Program, through which more than 400 managers in Australia and 1,300 managers in the United Kingdom have already passed. The scope of the program is to be expanded to other locations.

The company capitalizes on its involvement in international forums and training programs to raise awareness of the need for the private sector to take a role in the protection of human rights. In fact, Ferrovial has been chosen to be Secretary of the Executive Committee of Forética and it participates as a member of the Executive Committee of the Global Compact Network and Fundación Seres, all of them pioneering associations for boosting Corporate Responsibility in Spain.

Ferrovial promotes initiatives that encourage listening and a more flexible way of working that allows a better balance of personal and professional life, as well as a healthy environment. The communication channels, such as the internal social networks and the corporate intranet, Ferronet, facilitate the creation of collaborative, dynamic and flexible work environments. In 2017, Ferronet registered 2,911,857 sessions and 5,231,933 page views.

INTEGRATION OF THE ABORIGINAL POPULATION IN AUSTRALIA

One of the main initiatives in Human Rights is developed by Broadspectrum in Australia, through its programs linked to the Reconciliation Action Plan promoted by the government for the integration of the aboriginal population in society. The company has a plan to increase the presence of this important group through a supply of sustainable employment, training, education and long-term business opportunities for Aboriginal peoples and their communities. Therefore, the Broadspectrum Reconciliation Action Plan includes measures such as to increase indigenous employment to 6% in 2018, and increase contracts with suppliers and subcontractors with this condition to 3% in 2020. It also facilitates the incorporation of young aboriginal professionals.

The program is developed through: 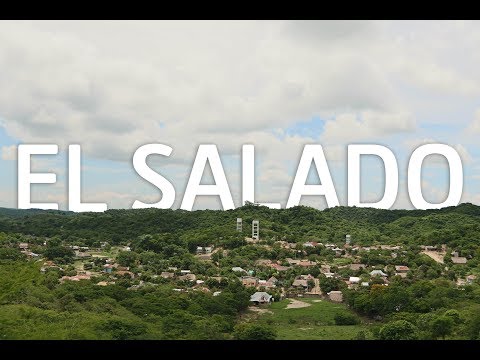