AT THE END OF 2017, THE GREAT HALL PROJECT WAS AWARDED AT THE DENVER INTERNATIONAL AIRPORT, WHICH ENTAILS A CONCESSION CONTRACT FOR THE REMODELING AND COMMERCIAL OPERATION FOR 34 YEARS OF THE MAIN TERMINAL OF THE AIRPORT.

The upward trend in the number of public-private partnership projects (PPPs) at US airports has been one of the great milestones that have marked 2017. Ferrovial Airports has taken advantage of the new opportunities and will continue to strengthen its capabilities and positioning in the country to be able to win new projects that will foreseeably arise during the coming years.

Meanwhile, in 2017, it once again saw a positive trend in the growth of the number of passengers worldwide. To this day, the Brexit has not had a negative impact on the activity of British airports. Ferrovial Airports is closely following the progress of this process, with the aim of optimizing the possible impacts on the assets that the business has in the country.

Ferrovial Airports is the main shareholder of Heathrow Airport, the largest airport in Europe, with a 25% share. It also owns 50% of the Aberdeen, Glasgow and Southampton airports (grouped under the AGS brand). In total, these assets have served more than 93 million passengers this year. There are 81 airlines operating at Heathrow Airport that offer flights to 204 destinations.

The strategy in the asset portfolio is to maximize its value creation. In particular, since the acquisition of AGS, the focus has been on profitable growth, optimizing investment in airport capacity, increasing passengers with new routes and diversifying airlines and maintaining operational excellence and improving service quality.

Ferrovial Airports aims for the highest efficiency in operating costs and the financial structure of its assets, together with commercial initiatives that imply an increase in revenues.

During 2017, a 3.1% growth in traffic at Heathrow, together with the expense control policy, allowed the gross operating result to increase by 4.6%. The renegotiation of contracts such as NATS, together with the efficiencies achieved in personnel expenses absorb the increase in expenses due to the growth of passengers while maintaining the high level of service. Likewise, the commercial revenue from the airport has benefited from the depreciation of the pound since 2016, and the impact of the renovation of the commercial area of terminals T4 and T5.

At AGS, the 10.7% improvement of the gross operating result in 2017 was possible thanks to the combination of traffic growth and the improvement of commercial revenue per passenger at the three airports. This improvement in profitability is mainly due to the refurbishment of the Aberdeen terminal, the new passenger access fare in Glasgow and the renegotiation of the Glasgow car park contract.

AGS also completed the refinancing of the acquisition debt in the first quarter of 2017, two years after the acquisition process. The new debt optimizes the financial structure of the company and extends the terms. As a result of this refinancing, an extraordinary distribution of 75 million pounds was made to its shareholders.

Commitment to innovation and the environment

Innovation is one of the key elements of the value proposal. In the last year, Ferrovial Airports has launched a large number of innovative projects:

The quality of service and continuous improvement of operations are keys for Ferrovial Airports. This effort is reflected in the rating obtained in the Airports Council International (ACI) passenger satisfaction surveys and the numerous awards that recognize this focus.

The Transport News magazine has recognized Ferrovial Airports as “Best Airport Portfolio Manager in Europe” in its latest edition of the 2017 Air Transport Awards.

In Heathrow, 82% of passengers rate their experience at the four airports as either “very good” or “excellent”, according to the Independent Airport Service Quality Survey conducted by ACI. In addition, the airport continued to receive recognition for its high service standards (“Best Western European airport” for the third consecutive time and “Best airport to go shopping” for the eighth consecutive time in the Skytrax 2017 awards).

The company is committed to the professional development of its teams through training and functional and geographic mobility programs. In 2017, 15% of the teams worked on some type of mobility or temporary assignment. It is also a line of business that is committed to diversity, since 38% of employees are women.

Society: committed to the community

Ferrovial Airports has a firm commitment to the sustainable growth of its assets and with its local communities.

Heathrow Airport launched the “Heathrow 2.0” sustainability plan at the start of 2017 with the aim of reducing the environmental impact of aviation while optimizing growth opportunities in the United Kingdom.

In 2017 Heathrow launched the Green Car Scheme to encourage employees to change their car to a low-emission one, and became one of the first ten members of the EV100, a global initiative to bring together the companies most committed to the transition to electric vehicles.

* Airport Service Quality survey (ASQ): an independent survey carried out last quarter of 2016 by Airports Council International that rates the level of overall satisfaction of passengers with an airport on a scale of 0 to 5. 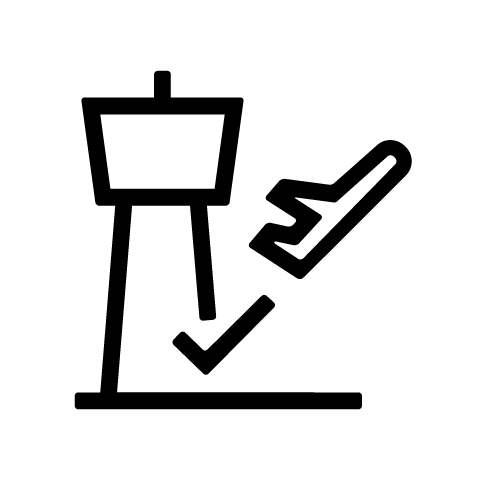 In 2017, Heathrow Airport continued to work on the expansion project, having received the support of the Airports Commission and the British Government as the best alternative to increase airport capacity in the United Kingdom. In February, the British Government released the first draft of the National Policy Statement.

After a consultation period, the final version of the plan that will be presented to the British Parliament for approval in the first half of 2018 will be agreed upon.

In 2017, the consortium led by Ferrovial Airports was awarded the Great Hall project to carry out the remodeling and commercial operations of the main terminal, Jeppesen Terminal, at Denver International Airport, for a period of 34 years. Ferrovial Agroman, together with Saunders, a local construction company, will be responsible for carrying out the refurbishment of more than 70,000 m2, which is a 650 million dollar investment. 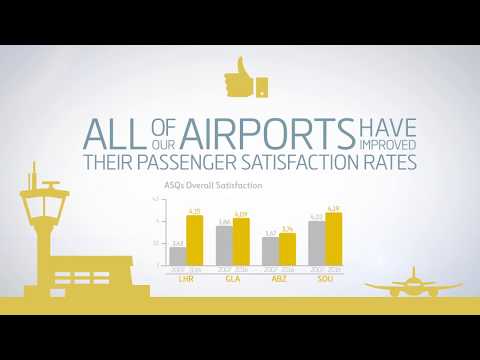