CINTRA IS A LEADER IN THE PRIVATE DEVELOPMENT OF TRANSPORT INFRASTRUCTURE, BOTH IN TERMS OF NUMBER OF PROJECTS AND THE VOLUME OF INVESTMENT. IT HAS 19,590 MILLION IN TOTAL MANAGED INVESTMENT, WITH TECHNOLOGICALLY INNOVATIVE PROJECTS AND HIGH QUALITY STANDARDS.

Cintra develops its activity in predictable institutional markets, with

good economic prospects (North America, Australia, New Zealand, Europe, Colombia, Chile and Peru), and a high need for transport infrastructure, especially those that solve traffic congestion problems in urban areas (complex greenfield concessions) and that have freedom of pricing. It should also be mentioned that in built and mature projects (brownfield), the competition of infrastructure and pension funds is growing. The more than 50 years of experience accumulated in the sector, together with the synergies that it presents together with Ferrovial Agroman, make Cintra a company with a high potential for creating value and strong competitive advantages.

Cintra owns 43.23% of the 407 ETR toll road in Toronto (Canada), and 62.97% and 54.6% of the Managed Lanes NTE and LBJ toll roads in Texas (USA), respectively. These assets operate as free-flow tolls (without barriers) and are notable for their long duration and broad toll rate flexibility. In the Managed Lanes, the toll rates are dynamic, adjusted according to congestion levels, always guaranteeing a minimum speed for drivers.

The price of a concession is determined by a number of factors, including the rate of return (IRR) at which it is tendered, which is the result of adding a risk premium to the risk-free rate that takes into account the risks assumed by shareholders when they invest in the concession (mainly construction, finance, operation and traffic). Subsequently, as the concession progresses, Cintra reduces or eliminates those initial risks, thus decreasing the risk premium and progressively increasing its value. This value creation process does not require any improvement over the forecast volumes, but compliance with the initial estimates.

Thus, NTE and LBJ, inaugurated in 2014 and 2015, respectively, have reached the original revenue forecasts. Although they are still in the ramp-up period, they have already reduced a significant part of the operational risks. Another example is the I-66 toll road, in Virginia (USA), which has already reached financial closure, thus eliminating this risk.

Cintra seeks to maximize operating cash flows through efficient management, innovation and the search for synergies with its other toll roads always guaranteeing user satisfaction. Cintra contracts financing that optimizes returns for the shareholder and adapts as much as possible to the cash generation of the project.

In 2017, Cintra closed the financing of the Western Roads Upgrade project in Melbourne (Australia) with a total debt of 665 million Australian dollars, of which 400 million came from a long-term private placement to institutional investors (USPP). It is the first time in Australia that a toll road under PPP format with construction risk has been financed in the long-term capital market.

In order to estimate and optimize traffic and revenue, Cintra uses Big Data techniques to better understand congestion problems and driver behavior, with a dual objective:

In the long life of concession and finance agreements, it is normal for modifications to be renegotiated as a result of the changing needs of the public authorities, variations in the characteristics of the corridors, or the situation of the financial markets. In these cases, Cintra proposes solutions that improve the risk profile of the asset and/or its generation of cash flows for the shareholder.

Cintra focuses primarily on complex greenfield projects due to their high-value creation potential (better rewarded for higher risks), their high pipeline potential (they are an economically efficient solution for congested corridors and have a good political acceptance) and their great competitive advantages.

This is seen in the I-66 toll road (Virginia, USA) a highly technical Managed Lanes project with a high concession value, whose financing was recently closed with a total debt of more than 2,000 million dollars, with average maturity close to 40 years and an average cost of around 3.2%.

After reducing risks, the value created is materialized with the sale of mature projects, using the income obtained to invest in new assets with a higher potential for profitability.

In 2017, Cintra closed the transmission of 49% of the Via do Infante toll road and 51% of Norte Litoral, both in Portugal, with the Dutch infrastructure fund DIF, for 161 million euro. As a result, Cintra has become the owner of 48% and 49% respectively, remaining as a reference industrial partner.

Due to their high level of complexity, innovation and efficiency, the projects developed by Cintra offer sustainable solutions that improve congestion in big cities, reduce pollution, decrease the number of accidents, raise user satisfaction and contribute substantially to improve people’s quality of life.

Thanks to the Managed lanes, traffic volume has increased by up to 40%. Congestion hours have been reduced by more than 60% and the average speed has increased 15% /hightlight]

In Dallas, Texas (USA), Ferrovial successfully took on several projects with the enormous engineering challenge of creating new roads in one of the busiest and fastest growing areas of the country, while maintaining existing toll roads open to traffic. The Managed Lanes, with their dynamic traffic management, have improved the traffic conditions not only for their users but also for the users of the free lanes: the volume of traffic throughout the corridor has increased by up to 40%, the daily congestion hours have been reduced by more than 60%, and the average speed has increased by up to 15%.

Customer satisfaction is a priority for Cintra. In 2017, the customer service of the 407 ETR managed 2.5 million customer requests and sent more than 20 million

invoices with satisfaction levels of over 83%. This earned its call center the World Class Call Center in 2017 awarded by the SQM agency.

Cintra promotes a culture of merit both in the internal professional or geographical mobility of employees and in their professional development. In 2017, 12% of the workforce structure was able to change position or location, and one out of every five people from the team are currently working on an international assignment. Additionally, 34% of employees have had an international assignment during their professional career in the company.

The impact of new technologies

Cintra is promoting three lines of research at the Center for Transportation Research at the University of Texas (Austin, USA). The aim is to analyze the potential impact of new transport technologies on the business and take better advantage of the opportunities they offer. These lines are: the ride-hailing and car sharing services; the adaptation of roads for the use of autonomous and connected vehicles; and the foreseeable impact on congestion, due to the coexistence of autonomous and conventional vehicles in upcoming decades.

Financial closure of toll road I-66 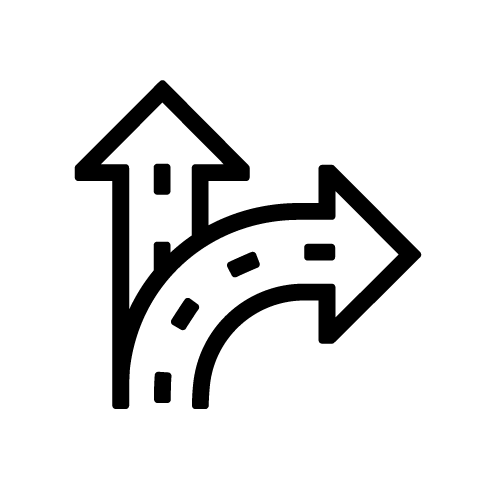 Cintra has reached the financial closure of the I-66 toll road (Virginia, USA), a concession awarded in 2016 of 35 kilometers of highly complex Managed Lanes with a high concessional value, with an investment of 3,550 million dollar. To finance the investment, Cintra has used an issue of 737 million dollar in Private Activity Bonds (PABs), with a return of 3.92% and maturities between 2047 and 2056. The issue was oversubscribed more than 4.9 times. In addition, Cintra closed a TIFIA loan for an initial amount of 1,229 million dollars maturing in 2057. The total debt (PABs and TIFIA) has obtained a BBB rating by Fitch Ratings and Baa3 by Moody’s.