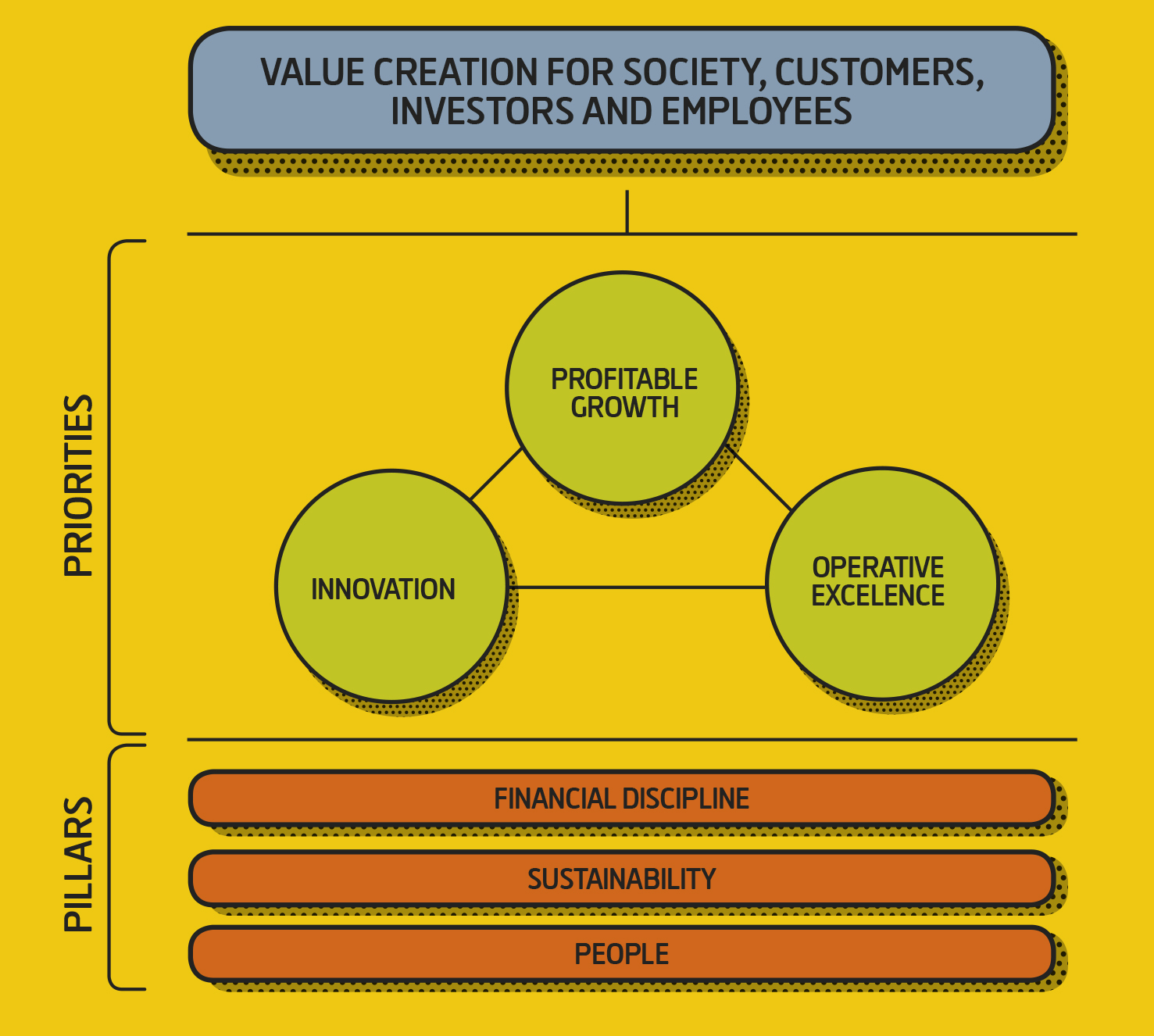 FERROVIAL'S VISION IS TO IMPROVE THE FUTURE THROUGH THE DEVELOPMENT AND OPERATION OF SUSTAINABLE INFRASTRUCTURES AND CITIES, WITH A COMMITMENT TO MAINTAINING THE HIGHEST LEVELS OF SAFETY, OPERATIONAL EXCELLENCE AND INNOVATION, CREATING VALUE FOR SOCIETY AND FOR CLIENTS, INVESTORS AND EMPLOYEES.

Ferrovial focuses its strategy on THREE key priorities: profitable growth, innovation and operational excellence and reaffirms its interest in transport and mobility by developing projects such as Managed Lanes, the Denver airport, or the launch of Zity to operate the car sharing business in Madrid.

In the current context, the main opportunities presented to develop its business are:

Meanwhile, the main challenges are:

With the aim of creating value for society and for its clients, shareholders and employees, Ferrovial focuses its strategy around three key priorities:

Ferrovial reaffirms its interest in transport and mobility by developing Managed Lanes projects such as the I-66 highway, Denver airport, the Zity launch to operate the carpooling business in Madrid, and the Western Roads Upgrade project, for the operation of highways in the west of Melbourne (Australia)

The development of the aforementioned strategic priorities is based on three basic pillars for the company:

In summary, Ferrovial is a global infrastructure operator whose objective is to maximize the creation of value for all its stakeholders. The company, which participates with an industrial approach in all phases of the infrastructure cycle, reaffirms its commitment to providing efficient and sustainable transport and mobility solutions.